Alternative Medicine is of the Devil 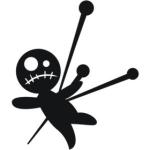 Alternative medicine is detested by many practitioners of Orthodox medicine.  This has changed somewhat over the last 20 years. But here are two of my personal stories related to that distain.

Alternative Medicine is of the Devil

My first job after PA school was in an Emergency Department in Seattle, Washington. No more than one month into the job I was called in the ER director’s office and told I was fired because two of the 10 ER docs did not like me.  Since I was still in my probation period, they could fire me for the way I combed my hair if they liked, so I had no recourse. So I asked “why?” and the director looked at me with embarrassment saying that those two complaining docs felt that my Oriental Medical training was interfering with my job.   I was also frankly told that the two doubting docs where born-again Christians who felt that Acupuncture and alternative medicines were deceptions of the devil and they did not want it in their workplace.  I was shocked again at the stupidity of the religion of which I was once a member — “Ah, yes, I thought.  I forgot that mentality.”

I was on incredibly good terms with all the other docs, that is why the director was embarrassment in confessing this superstitious grounds for dismissal.  Nonetheless, the company worked on consensus and since two docs could not agree on keeping me, I had to go.  One of the complaining Christian doctors was the night doc — a treasured commodity for any ER group because no one wants to work nights and so the night doc must always be kept happy no matter what baggage he/she comes with.  So they were firing me to keep his royal ass happy.

Long story short: I confronted the two docs on this issue.  After long conversations they finally agreed they had indeed never seen me practice alternative medicine or talk to ER patients about an alternative medicine.  They had only suspected I must because of my background. I reassured them that I too had great skepticism of the overreach of much of alternative medicine and they decided to let me stay.

Interestingly four years later, I had helped care for the health of both those doctor’s family members using alternative medicine.

Six years after PA school I was employed by a big HMO is Albany, New York.   I carried my own load of patients in their Internal Medicine Department.  Two months into the job, I was called before a group of doctors for possible firing because I was using alternative medicine. One doc institituted the investigation because I was telling patients about using alternating hot and cold soakings for sprained ankles.  It was just an excuse, of course, for like the docs in the first story, he just hated alternative medicine so much that he couldn’t stand to think that their clinic had a former acupuncturist working for them. 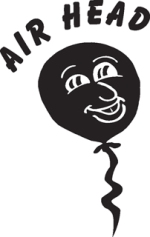 But he was right, my treatments were “alternative”.  (And, shhhh, this is a method we used in our Oriental Medical Clinics).  And the standard of practice in orthodox medicine at that time was cold soaking for 2 days and then warm soaks thereafter.    So I came to the meeting with about ten high-quality recent studies showing that alternating was better. I handed copies to all four docs on the panel and I said, “I agree, I am doing alternative medicine, but only if by “alternative” you mean it is an alternate to the slow-changing, orthodoxy that is behind in current medical research.” Three of the docs smiled (they did not like the other doc much) and the accusatory doc said he understood but said he did not want to hear any more talk of soft-minded alternative systems in his clinic.  So they did not fire me and kept quiet.  Another lesson learned about the power of orthodoxy and objectivity.

You see, I did not talk about alternative medicine in the ER or the Internal Medicine clinic. But some people are so angry at alternative medicines that they just can’t think clearly or listen carefully when the topic comes up.  And these people consider themselves the epitome of scientific objective reasoning — yeah, right!   Much has changed in the last 20 years, but that was what it was like when I returned to the U.S.A. from Asia.  I still run into this distain occasionally but now that I am older with grey hair, have longer pedigree and a different air than in my youth, I can often escape the radar of the medical orthodoxy cops.

8 responses to “Alternative Medicine is of the Devil”