My kids and I often play a game called “Dictionary”.  In the game,  I randomly open a dictionary; pick a word; tell the children the first letter of the word; tell the part of speech; then read the definition slowly. The first child to guess the word wins.

The word begins with an “S”. [noun], “giving something to a god as an offering.”

Both children yelled out their answers simultaneously:

They were both right!

Note:  This should not be offensive to Christians since they no longer believe that Yahweh likes the smell of burned animal flesh — Jesus’ sacrificed flesh ended that.  Jews also don’t sacrifice any more because their Temple is gone, though Orthodox Jews and others long for sacrifices to return (see here).  Muslims, on the other hand, fill their streets with goat blood on the several holidays (see this Eid).  But to their credit, they eat the sacrificed goat (and often give to the poor).  They don’t waste it in fumes wafting up to please the nostrils of Allāh.

Sport fans often act like a secular religious group.  To me, fervent sport fans seem to share some of the blinders as religious fundamentalists.  But I have disliked sports since very young — it is just not part of my temperament.  And I realize now that *I* am the weird one, not everyone else.  For the vast majority of humanity is religious about sports.

In the USA, which worships Football and Hockey (with a few Baseball fans lingering), I have been mocked and treated like an apostate for not know team names, sport rules and what season we are in.  In Pakistan I was considered weird for not liking cricket, in Japan I was odd for not following Sumo. Sports-ianty is everywhere.

So over the years I have come to realize that Sport Fans aren’t odd.  Instead, I have come to the humble realization that I am a the freak.  The vast majority of men I know (and many women) love watching and cheering for their sport teams. I use to think they were weird but now I have come to suspect that I am the strange one.  After all, I am the minority.

I have often wondered, “Why don’t I like sports”.   As a kid I actually tried to like sports so I could talk with all the other guys.  I figured I could grow to like sports if I made the game more rich by memorizing the teams and players’ statistics but this did not help — I still hated watching and talking about sports.  I have never succeeded in even slightly in enjoying spectator sports.  But then I have never succeed in similar ventures with Opera, Ballet, Fishing, Golf or Bowling.  It seems to be a matter of temperament.

Sports certainly offer their fans a huge feeling of belonging — a tribal security. I have lots of friends and I love to bond just as much as the next guy — I just don’t like to do it by watching and talking about sports.  I don’t have a need for imaginary bonds.  Mind you, I do enjoy participating in several sports, but they all happen to be individual sports: kayaking, swimming, martial arts, tennis ….

So I recently had an epiphany:  I have a disease. I have a sports allergy.  So using the syndrome approach used to describe very hard to understand conditions, I have created these criterion to help you see if you share my disease. Please tell us in the comments below:

Someone suffers from S.A.S if they fulfill at least 4 of the following 6 criteria:

So, do the criteria work?  Did they capture you other Sports Allergists? Can you think of other criteria?  Help me tighten up the definition !

I like thinking of fuzzy things like this in a syndrome sort of way.  I analyze religion in a similar sort of way in this post.  I have actually suspected that some of these criteria are shared by Atheists and thus suspected that a disproportionate number of Atheists also suffer from Sport Allergies.  But alas, many Atheists continue supporting this nasty form of mercenary tribalism even after they have shed the chains of other forms of superstitious thinking !  🙂

_______
Note:
Now be nice, this is my very first attempt at a hand-made cartoon using all kinds of new software.  This cartoon was inspired by the comment thread on Common Sense Atheism’s post: Fear of Death.

I found this very fun video on a liberal Christian site.  And I left the following comment:

The analogy is too tempting, so I must succumb (the flesh is weak): Much of Christianity seems like a staged performance around the actions of someone who never intended the final production.

__________
Notes:
1. For the Biblically impaired:  ” Keep watching and praying that you may not come into temptation; the spirit is willing, but the flesh is weak.”  Mark 14:38 and Matt 26:41
2. After writing this, I realized that I could have very well have also substituted the word Buddhism for Christianity in my comment. For most of Buddhism, practiced around the world is loaded with adoration of and prayers to gods, bodhisattvas and other spirits. Not to mention the various mythologies of the Buddha that later developed including his virgin birth (remember, he was born before Jesus) and his heroic previous incarnations. It should not be surprising that what happened to Jesus’ stories happen to other religious leaders — not because God works that way, but because humans (the creators of myths) work that way.

New government regulations demand that all websites be clearly labeled as to their religious content.  Consumers must be aware of the spiritual food that they are consuming.  In keeping with those regulations, using qualified laboratories, we have had the content of this site thoroughly tested.  Readers must be aware, however, that individual unique allergic reactions to certain ingredients may be possible.  Consume at your own risk.

_______________
Notes:
Obviously, this is just an imitation of nutritional labels I made to poke a little fun at myself while exposing the apparent contradictory nature of my posts.

Ananias and his dear wife Sapphira belonged to one of the first Christian churches headed by Jesus’ disciple, Peter.  The church was unique in that the members shared their money with each other and thus cared for their poor.  One day, after selling a parcel of their land, Ananias and Sapphira decided to give away a portion of the sales to Peter’s church.  They did not want to give the full amount that Peter wanted but they wanted to give up some of their money to help the poor.

END_OF_DOCUMENT_TOKEN_TO_BE_REPLACED

I subscribe to a news magazine called “The Week” which is running a contest to name a TV show about Atheists.  The show is a Turkish game show which pits a Greek Orthodox priest, a rabbi, a Buddhist monk and an imam against each other, all trying to convert a group of self-proclaimed atheists.

The magazine is running a contest on the following question:

If an American network stole this TV idea,
what should this show be called in America?

This looks like a fun contest that Atheists and Theists alike may enjoy.  Who knows, humor may help destroy prejudice faster than debate !

The continuing details below, from The Guardian, show how this show is a two edged sword.  What do you think ?

The show is called “Penitents Compete” (“Tovbekarlar Yarisiyor” in Turkish) and is broadcast by the Kanal T station.  Four spiritual guides from the different religions will seek to convert at least one of the 10 atheists in each programme to their faith.  Those persuaded will be rewarded with a pilgrimage to the spiritual home of their newly chosen creed – Mecca for Muslims, Jerusalem for Christians and Jews, and Tibet for Buddhists.

The programme’s makers say they want to promote religious belief while educating Turkey’s overwhelmingly Muslim population about other faiths.  “The project aims to turn disbelievers on to God,” the station’s deputy director, Ahmet Ozdemir, told the Hürriyet Daily News and Economic Review.   That mission is attested to in the programme’s advertising slogans, which include “We give you the biggest prize ever: we represent the belief in God” and “You will find serenity in this competition”.

Only true non-believers need apply. An eight-strong commission of theologians will assess the atheist credentials of would-be contestants before deciding who should take part.  Converts will be monitored to ensure their religious transformation is genuine and not simply a ruse to gain a free foreign trip. “They can’t see this trip as a getaway, but as a religious experience,” Ozdemir said.

The programme, which is scheduled to air in September, has been criticised by commentators and religious figures for trivialising God and faith. 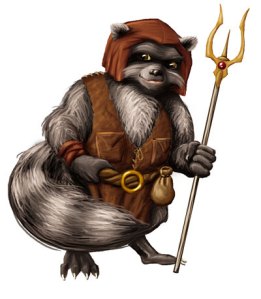 are calling in to add their voices in agreement with Sen. Brownbeck’s proposed bill to ban animal-human hybrids.  The animals, making it known through their PETA spokesperson, are also united in asking other states to join Louisiana’s Bill 115 in making it illegal to create a human-animal hybrid.

Apparently, animals are afraid that if they are given enough human genetic material they run the risk developing self-awareness close to that of humans.  The animals fear that such a degree of self-awareness could lead to the same sort of religiosity that has cursed humans for millennium.   Such consciousness, they fear, could lead animals to also acquire the illusion of dualism, and the delusion of a non-material death-surviving self.  A top animal spokesman says that such cognitive handicaps, offering only negligible survival advantages, could result in religious ideation among their fellow animals.  Animals dread such a possibility.  They worry that this may lead to a huge variety of animal religions in conflict with each other and end in huge animal wars and the decimation of the animal kingdom.

PETA reports that their interviews with Mr. Opossum, Mr. Raccoon, Mrs. Fox confirms a kingdom-wide concern about such flagrant arrogance in tampering with their genetics.  They are asking Atheist humans, as animals themselves, to call in to Sen. Brownbeck to show their support and to help stop these atrocities.

We were driving in the country and I saw a sign advertising “Brown Eggs”. Later that day, I decided to take an informal poll and asked many of the people at our July 4th gathering what they thought of “Brown Eggs”.  Most felt that they were healthier for you.  “Kind of like brown rice”, one friend said.  Most felt that it was the type of eggs a free-range chicken laid, as if eating bugs and worms turned the egg brown.

My family raises several different species of ducks for their eggs.  Depending on the species, they lay different color eggs.  In the chicken world, Rhode Island Red, New Hampshires, and Plymouth Rocks all lay reddish brown or brown-speckled eggs while White Leghorn chicks lay white eggs.  There is no difference in nutritional value.  But egg sellers seem to capitalize on peoples’ common misperception on this issue.

The Monday after the 4th of July picnic, my colleague at work mentioned how he loved “baby carrots”.  But again, the consumer misunderstanding is glaring! “Baby carrots” are simply grown-up carrots chopped into smaller pieces and peeled.  It was invented as a way to avoid discarding slightly rotting carrots or carrots with gross imperfections.